The Power of Angles: Golf and Baseball A Golf Magazine Publication

This article was first published in Golf Magazine in 2010. Dr. Michael Mellman brought the Power Angle (Carrying Angle) to the original research setting. Dr. Mellman is shown in this photo in the biomechanics lab in the late 90s or early 2000s assisting in testing the light sensor placement, in-shoe system and protocols for the original research. 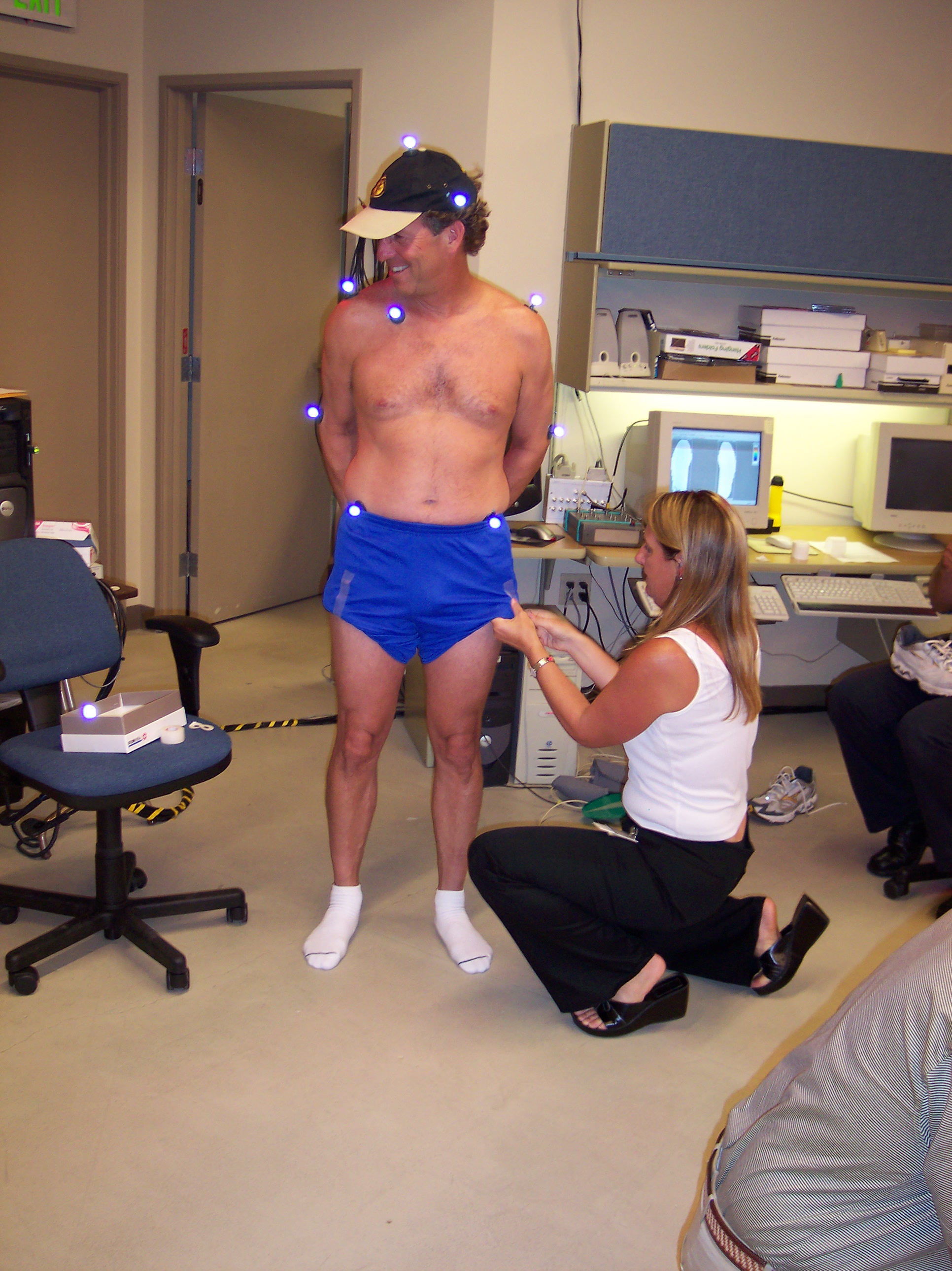 Here is a photo of a measurement of the Power Angle in early 2000s. That is JR Ruda, a Cal Berkeley Golf Team Member when he participated as one of the elite amateurs. 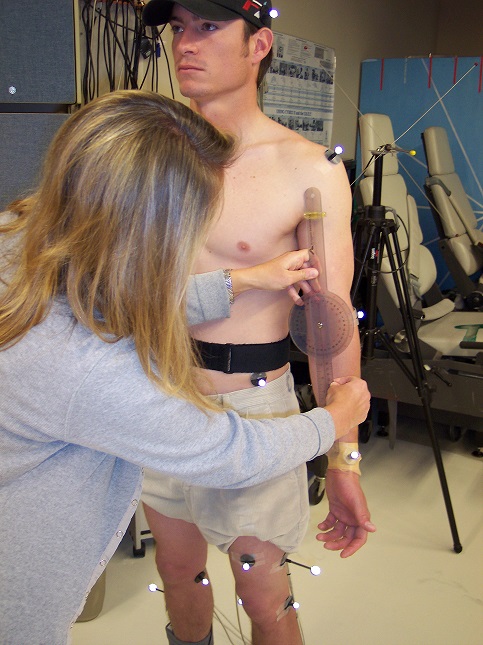 I am measuring Jai Edwards in our biomechanics lab using a digital protractor 10 years later. 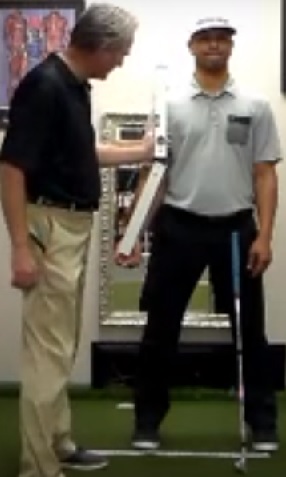 We learned many years later that the Power Angle showed up in numerous places at address and through the swing. Later on, we realized that it was equal to the persons External Shoulder Rotation and, when the hands were on the club in a neutral position, it shows up in 3 places at the top of the swing. 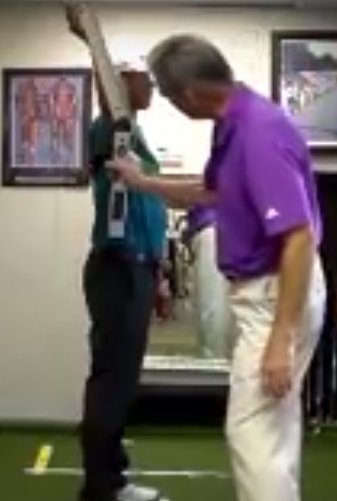 The following is an article that appeared in Golf Magazine in 2010.  Click on this Link to see the original article.

This is a photo of Dr. Wright and Reggie Smith when they worked together on the Baseball applications of Wright Balance®.  If you go to the “Research” section of this site you will see videos of some of the baseball research.  One of the most fascinating parts of the baseball research was changes of the visual perception of the ball in space when the player was in and out of balance. 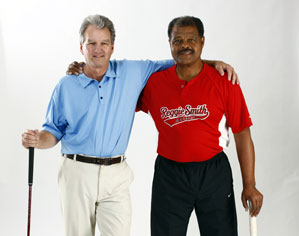